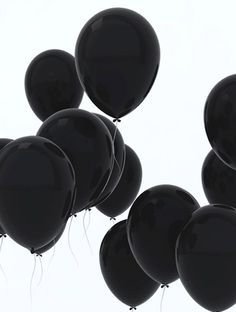 The demonstration was first ever of its kind in the political sphere of the struggle for Kashmiri rights. Hundreds of black balloons, marking the black day, were release to denounce the Indian hypocrisy that claims to be the biggest democracy of the world. On August 15 (the independence day of India) 2012, the demonstrators gathered in front of the EU office in Brussels and marched on bicycles towards the European Parliament where hundreds of the black balloons were released. The two hours drive of the cyclists carrying the black balloons attracted the attention of the pedestrians passing through the different avenues.

The main slogan of the event was, “peace with justice in Kashmir” while placards contained slogans such as, “peace for all”, “peace for Kashmir”, “stop human rights violations in Kashmir”, Kashmir needs help”, “we want freedom” and “free Kashmir”.

On the occasion, the chairperson of ICHD, Ali Raza Syed said that holding black day on the independence day of India shows that Kashmiri shall not accept the imperial occupation by India of their land. He said that India claims to be the biggest democracy and claims that its independence was achieved after a long struggle against imperialism. He regretted the fact that immediately after independence, Indian state opted to become the imperialist and curb the legitimate right of self determination of Kashmiris. He condemned the continuous killings of the Kashmiris by the Indian forces. He termed the killings as barbaric. “the Indian authorities have given their troops free hand to undertake the genocide of the Kashmiris”, said Ali Raza.

A large number of Kashmiri expatriates and their sympathisers were present at the occasion. Meanwhile, the volunteers of ICHD collected signatures for their One-Million Signature Campaign as well. One volunteer of the ICHD demanded of the international community especially the human rights organisations to put the pressure on India to stop the rein of terror unleashed by the Indian troops in the occupied territory and redeem the right to self determination to the people of Kashmir.