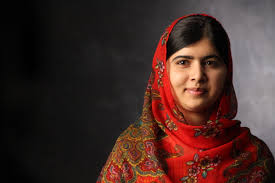 On the International Human Rights Day (10th of December 2012), ICHD issued a statement in the favour of UNESCO decision to appoint Malala Yusafzai as advisor to enhance the level of education to the girls of Pakistan. The ICHD termed Malala as the hero of Pakistan fighting against the ignorance and religious extremism. At the other hand, the ICHD, in the same statement, expressed grave concerns over the recently launched report by the Association of the Parents of the Disappeared Persons (APDP).

Attending the UNESCO event for Malala, at the eve of international human rights day, Ali Raza Syed endorsed the words of the president of Pakistan, Asif Ali Zardari as saying that the people of Pakistan needed a progressive country with complete constitutional guarantees. He said that the International Human Rights day reminded every human rights activist that the struggle for a just and peaceful world was an international obligation irrespective of the nationality or religion. He said that the women and children of the conflict ridden regions were living under great stress while paying huge costs for supporting the demands of their rights. He said a Pakistani child; Malala had showed a path for everybody to follow.

“The presence of the UNESCO head, prime minister of France, president of Pakistan, amongst other high level dignitaries, to appreciate and acknowledge the great vision of a Pakistani child proves the fact that the great nation of Pakistan is a progressive nation that believes in human rights including right to education for all. This is an achievement of all the peace loving Pakistanis and their friends in the world”, said Ali Raza. Speaking about the ongoing struggle of his organisation, he said that Kashmiris were suffering from great injustice and human right violations at the hands of Indian security forces. He said that the children in Indian Held Kashmir were living under duress and fear of life while pursuing their educational careers. He stressed upon the international community to work together in order to free the people of Kashmir from the oppression and suppression.

In support of his arguments, he referred to the recently launched report by the Tribunal on Human Rights and Justice in Indian Held Kashmir in collaboration with Association of Parents of Disappeared Persons (APDP). He said the report had proven beyond doubts that the Indian security forces, including high ranking officials, had been given complete impunity for the brutal acts like murders. He said a cursory look at the details of the report reflected the lawlessness in the IHK. He said that according to the report 500 army and police personals had been named as the perpetrators of heinous crimes against humanity. He said that the report was not an allegation since it was based on the evidences gathered from the government documents. “Out of 214 cases, a list emerges of 500 individual perpetrators, which include 235 army personals, 123 paramilitary personals, 111 Jammu and Kashmir police personals and 31 government backed militants”, said Ali Raza.

He criticised the Indian state as saying that many of the perpetrators were rewarded with medals and promotions. He said that the culture of impunity to the security forces had been instrumental in unabated violence on the people of IHK. He vowed that his organisation shall support the human rights activists of the world in denouncing such atrocities and demanding the Indian state to take legal action against the perpetrators.