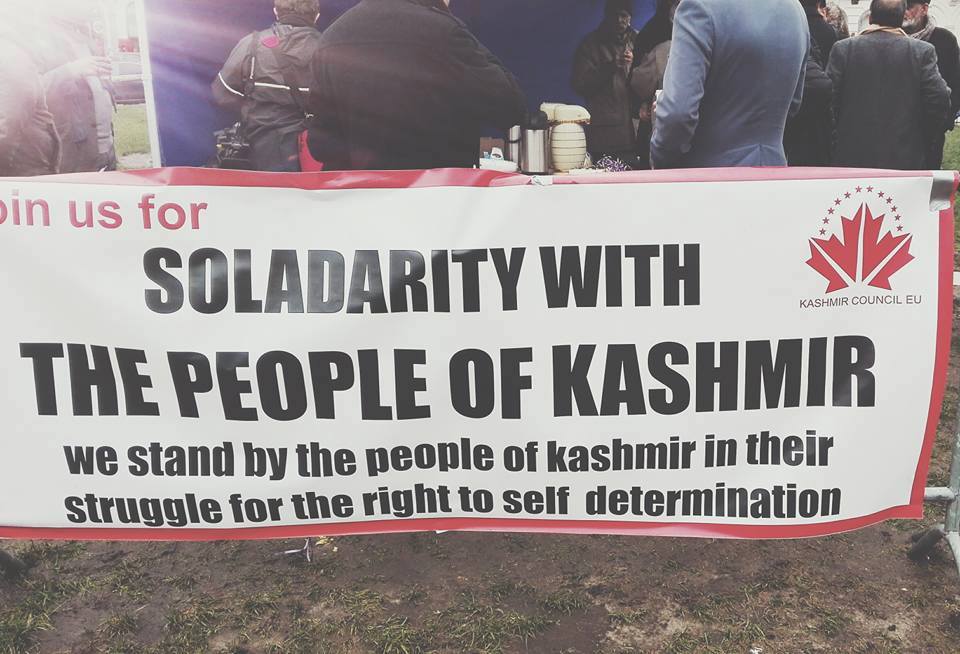 Kashmir Council EU organized a demonstration and a one-day camp in front of European Parliament in the capital of Belgium to express solidarity with people of Kashmir. A large number of people from all walks of life and representatives of different NGOs attended the event held on the Kashmir solidarity day at Place Luxembourg outside the EU Parliament in Brussels.
Carrying placards, the participants expressed their solidarity with the Kashmiris especially families of those killed by forces in last two and half decades. They also paid great tribute to people of Kashmir.
The camp organized by Kashmir Council EU was visited by a large number of the people, who expressed their solidarity with the people of Kashmir by signing the document of “One Million Signature Campaign”.
The signature campaign was launched by the Kashmir Council EU. Large number of Europeans also participated  in the campaign.
On the occasion, Chairman Kashmir Council EU Ali Raza Syed  and other speakers said they will continue their efforts to get support for the people of Kashmir till suitable resolution of the Kashmir dispute.
“People of Kashmir are struggling peacefully for right of self determination and there should be plebiscite under United Nations supervision in Kashmir,” they said.
Raza urged the international community including European Union to play their role for peaceful resolution of the issue.