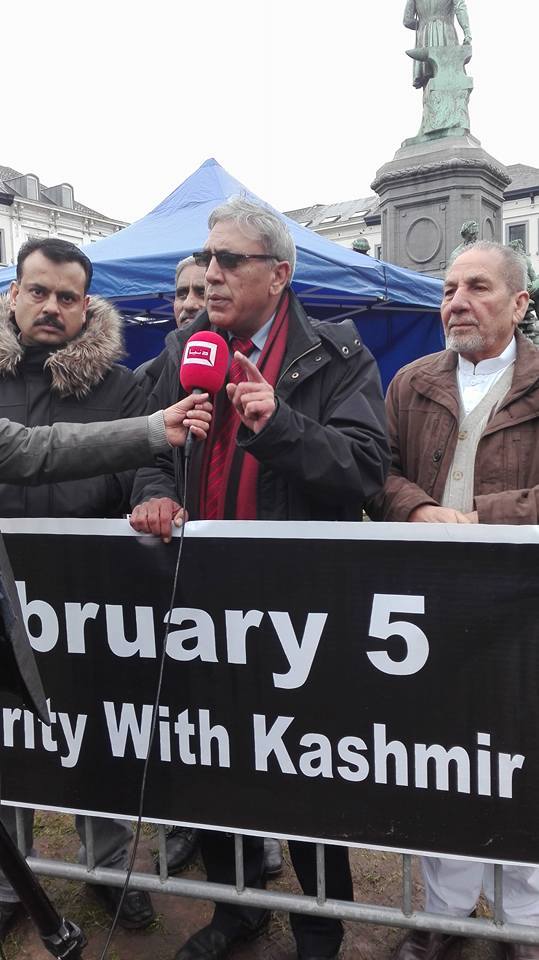 In a statement from Brussels, Ali Raza Syed said, the former minister’s statement brings the justice system of India “under question”.

“Afzal Guru was hanged because he was a Kashmiri as Indian justice system does not work in case of Kashmiris,” he argued.

Ali’s statement was in response to an interview to The Economic Times, where Chidamabaram had said, "I think it is possible to hold an honest opinion that the Afzal Guru case was perhaps not correctly decided."

Chairman Kashmir Council EU asked international community to assign an international investigation into the case of Afzal Guru and pressure India to assist in reopening the case in order “to expose the facts behind injustice in this particular case”.

Ali Raza Syed said, “Afzal Guru had always denied his involvement in the 2001 Indian Parliament attack but despite of that he was discriminately executed by the authorities and forcibly buried at jail premises against the wishes of his family.”

He said, “Kashmiris who are deprived of justice in Indian rule, are suffering state oppression at the hands of New Delhi as the State imposed black laws in the Kashmir valley.”

“India wants to continue its rule and it uses all unfair tactics for the purpose. It was not only Afzal Guru who was sacrificed under Indian policy of Kashmiri genocide while in the recent years, thousands of Kashmiris were arrested, kidnapped and killed extra judicially in Kashmir,” he said.

Condemning the security forces actions against the leaders, he said, “The arrests and harassment cannot deter Kashmiris from continuing with their struggle.”

“They will continue to raise their voices against the Indian atrocities on the oppressed people,” Ali Raza Syed said, while condemning the recent “crackdowns and arrests” of the Kashmiri students in New Delhi.