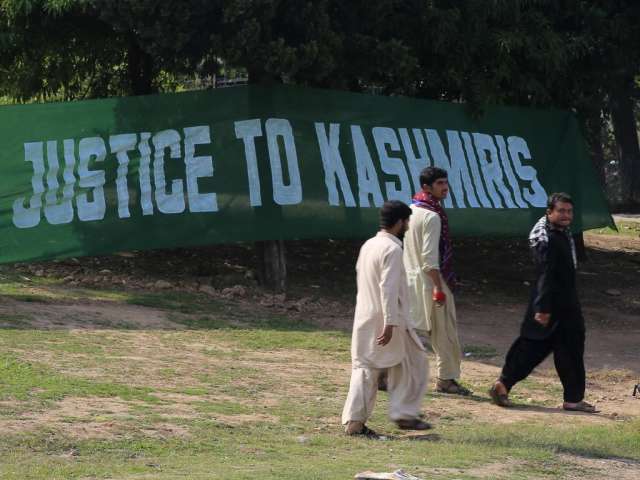 Kashmir Council EU observes the 15th August 2011, the 65th independence day of India, as black day. A peaceful demonstration was held with the collaboration of Kashmir Centre Holland in front Indian Embassy in Hague on the black day. A large number of Kashmiris and the supporters attended the demonstration. The protestors holding placards chanted anti-Indian slogans and called the international community to stop the atrocities in Indian Held Kashmir.

Issuing a statement on the occasion, Kashmir Council EU Chairman, we want to convey a clear message to the world that why we observe black day on Indian National day?  Kashmiris want to show the world that Kashmir was not part of India but New Delhi held the territory by force. He said, about 63 years back then Indian Leader Pandit Jawahar Lal Nehru gave a pledge to a huge gathering of Kashmiris at Lal Chawk Srinagar that Kashmiris would be free to decide their future. Indian leaders several times, assured the Kashmiris, “We have no desire to impose our will on Kashmir. Our assurance is that we shall withdraw our forces from Kashmir and leave the Kashmiris to decide freely through a plebiscite under the auspices of the United Nation.”

Explaining the current situation in Indian Held Kashmir, the statement condemned the extra judicial and custodial killings of innocent Kashmiris in the held valley.
The statement called the international community to come forward and pressurize India to let the Kashmiris to decide about their future freely. The right of self-determination of the people of Kashmir should be given them with out any delay.