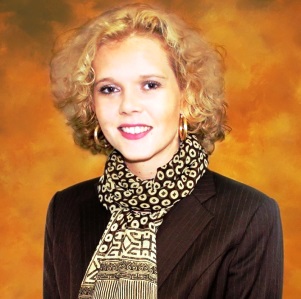 Kashmir; Paradise on Earth or a Nuclear Flashpoint


Kashmir is one of the most beautiful places on earth. It is located between the vast mountainous ranges of the Himalayas, the Karakoram and Pir Panjal which once was a popular tourist destination. Kashmir was rightfully called a “Paradise on Earth”. After the British Raj divided India and Pakistan in 1947, they became independent nations free from colonialism. The treaty of partition was based on the ‘Two Nation Theory’ that clearly stated that all parts of India with a majority Muslim population would become part of Pakistan and those with a Hindu majority would become part of Hindustan, today’s India. Then there were also the Princely States. These states had the choice to accede to India, Pakistan or in some cases to become independent nations. Kashmir was one of these Princely States with a majority Muslim population ruled by a Hindu Maharaja. Instead of joining Pakistan as per the will of the Kashmiri people, Maharaja Hari Singh decided to accede to India in August 1947. Fighting broke out in Kashmir among different factions, Indian armed forces positioned themselves in Kashmir and consequently war broke out between India and Pakistan in October 1947.  In January 1948 India brought the Kashmir dispute to the United Nations as both India and Pakistan wanted peace and order to be restored. Both countries agreed to hold a plebiscite for the Kashmiri people to decide on their future as stipulated in the United Nations Resolutions. However, instead of coming to terms, India and Pakistan fought two more full-scare wars in 1965 and 1971, and when both countries became nuclear powers the Kashmir dispute has potentially turned into one of the world’s most dangerous conflicts. Besides the potential dangers of the Kashmir dispute, the humanitarian suffering of the Kashmiri people has increasingly become a more serious concern. Since the creation of India and Pakistan in 1947, the people of Kashmir have been deprived from their right to self determination that has resulted in serious dissatisfaction of the Kashmiris. Kashmir is now one of the heaviest militarized regions in the world where seven hundred thousand Indian armed forces are keeping a Muslim population of seven million under tight control. India has claimed it keeps these troops in Kashmir to fight militancy crossing over from Pakistan. Since the past eight years, however, militancy has been at its lowest and an only estimated 800-1000 militant have been present in and around the Kashmir Valley. Indian armed forces, however, have seriously indulged in human rights violations.

Torture, rape and killing of innocent Kashmiris, has deeply frustrated the population as Indian troops have mostly gone unpunished for their committed atrocities. It has been hard to estimate the total number of deaths. Estimates vary from tens of thousands of civilians that have been killed while some human rights organizations have estimated that more than hundred thousand people have died since the insurgency started in 1989. This excludes and estimated 10.000 Kashmiris that have gone ‘missing’ in the conflict. Popular mass uprisings have been taking place in Kashmir, and in the summer of 2010 hundreds of thousands of Kashmiris went into the streets demanding freedom from India. Demonstrating in the streets of Kashmir, however, does not go without risk. Many unarmed and peaceful protestors have been killed by Indian security forces and the Kashmiri youth has increasingly become more angered by India’s occupation. Organizations like Amnesty International have been reporting that “the Indian state of Jammu and Kashmir is holding hundreds of people each year without charge on trial in order to “keep them out of circulation”. The 2012 Human Rights Watch report stated that “the Indian government failed to hold rights violators accountable or to carry out effective policies to protect vulnerable communities”. It also stated that “the – Indian – government also ignored the urgent need for policy reform despite widespread complaints of torture and unlawful killing”.  After more than sixty years, the people of Kashmir are still waiting for their promised referendum. Although India is fully aware that the Kashmiris never wanted to be part of India and their only way to hold on Kashmir is to keep the population under tight control, to enforce curfews, and to intimidate the Kashmiri youth, India has always claimed that Kashmir is an integral part of India which they claim was legalized by successive democratic elections. It has always accused Pakistan of not having met the preconditions to hold a plebiscite and claims that the 1972 Simla Agreement laid the foundation to solve the dispute through bilateral dialogue. While nations like East-Timor and South Sudan received widespread support from the international community to become independent states, the cause of the Kashmiri people has been ignored and the international community has been closing its eyes over the past six decades. Although the United Nations initially did play an important role in maintaining law and order in Kashmir, it has never been able to press for a settlement. More than 60 years later, the United Nations has barely shown any serious interest in the Kashmir dispute.


After decades of armed conflict between India, Pakistan and within Kashmir, the Kashmir dispute is ripe for a solution. A solution to Kashmir will significantly improve peace and security of the South Asian subcontinent. Much has to be done, and this cannot be done without pressure from the international community. Human life is very important, human dignity is something we have all been striving for in our democratic environment, but for the people of Kashmir, their vote to determine the right of the future of their state, has often been ignored and forgotten. A solution to Kashmir, however, is possible if the bigger powers take serious interest in the issue and do not brush it aside for political reasons. The Kashmir conflict is a serious human dilemma and needs to be tackled with compassion to restore human dignity and bring back peace to South Asia.