History of the Conflict 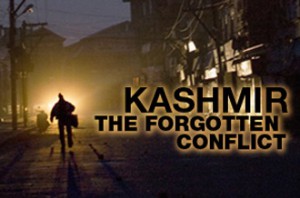 The Kashmir conflict was one of the most unfortunate outcomes of the partition of United India. In the wake of the freedom from English imperialism, the formula for the princely states rested upon the will of the people that were allowed to join either India or Pakistan. The Kashmir was a princely state headed by Maharaji Hari Singh. A multi-cultural society representing numerous religious identities as Hindus, Sikhs, Christians and Muslims, the dominant majority of the state was Muslims.

The geographic proximity of the Kashmir with Pakistan also provided logical grounds for its merger with Pakistan. Despite overwhelming support for Pakistan by the population of the Kashmir, the Maharaja decided to accede to India in the wake of primarily Afghan guerrilla fighters that penetrated in Kashmir to liberate it as the calculated delay in announcing the future of Kashmir was fanning anxiety and religious tensions. The first war between India and Pakistan (1948) resulted in the involvement of United Nations over the Kashmir conflict. The UN resolutions came as categorical favour for the Kashmiris right to self determination. The principle petitioner to the UN, the Indian state was bound to hold the plebiscite in Kashmir, which is still denied while three deadly wars had been fought between India and Pakistan. The region has made the entire region as hostage of war and militarization since Kashmiris are not ready to compromise on their basic right to self determination.